In Dynamics CRM 2013 ‘LEO’ release Queues are further enhanced to now support Public and Private Queues. Through this blog post we will review the enhanced feature of Queue in general.

Introduction of Private Queue would help user’s focus on their cases and resolve at better rate. Only those users who are members of a private queue can see and work on the items of that queue. Private queues can be created from Settings >> Business Management >> Queues >> NEW

In Queue form, specify the name of the Queue, Select the “Type=Private” and save the Queue. After saving the queue you will notice that the Owner of the Queue will automatically get added into the Members grid as you can see in below screenshot: Queue A is private Queue and is having 3 members, one will be the owner of the Queue and other two are manually added. Now if you change the type of this Queue to Public then all the members will be removed, because it will be accessible for all the users depending on the user’s security role. And after that, if you again change the Type to Private then the previously added users are *not* restored in the Queue members, only Owner of the Queue will be retained under the members.

To add a case in Queue, select a case and click “Add to Queue”. The public and private business queues (Queues which are created manually) will be available in the lookup dialog as shown in below screenshot. It will only show Business Queues in pre-search To find the other queues which are system generated, change the lookup view to “All Queues”. In CRM 2013 ‘LEO’ release, Queue entity form is updated, now there will be two forms for Queue entity as “Information” and “Queue”.

We can differentiate the Private and Public Queue from the Home Page Grid itself with the help of the “Type” column and the Queue members count i.e. “No. of Members” column. Also we can verify the No of Queue Items for each Queue as shown in below screenshot:

Now the same command bar will be displayed as shown in below screenshot in Leo. Routing is replaced by “Route” and Work on replaced by “Pick”.

This is brief summary of enhancements to queue in Leo and also explains the behavior/ operation of private queues members. In our next blog we will explain features like how to route queued Item and how to use Assign, Pick, Release features of Queue. 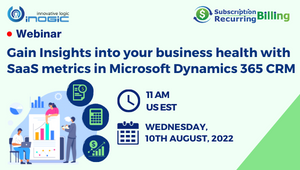