In one of our previous blog, we have seen how to create records in Dynamics 365 CRM using Microsoft flow mobile app.

In this blog we will see how we can update the existing record in CDS environment using flow mobile app.
For example, we want to update the particular Account record using this flow. Let’s see how we can create the flow to update the account’s record in CDS.
The steps need to be followed for the same as below:
Go to the https://flow.microsoft.com/en-us/ and sign in with your credentials.
To create a flow we will choose the option as Create flow from blank as shown in the screenshot below: 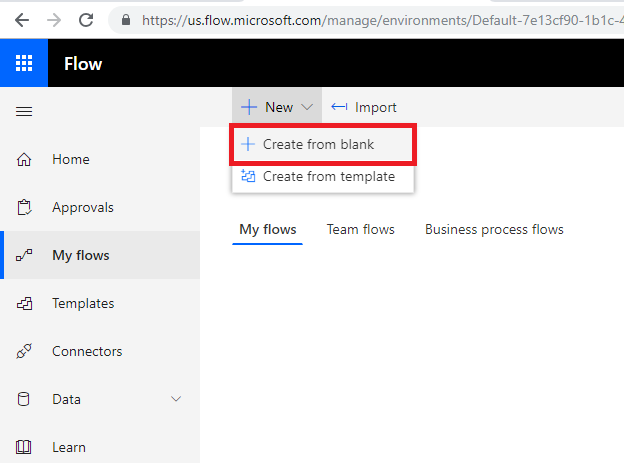 On next page again select the same option. 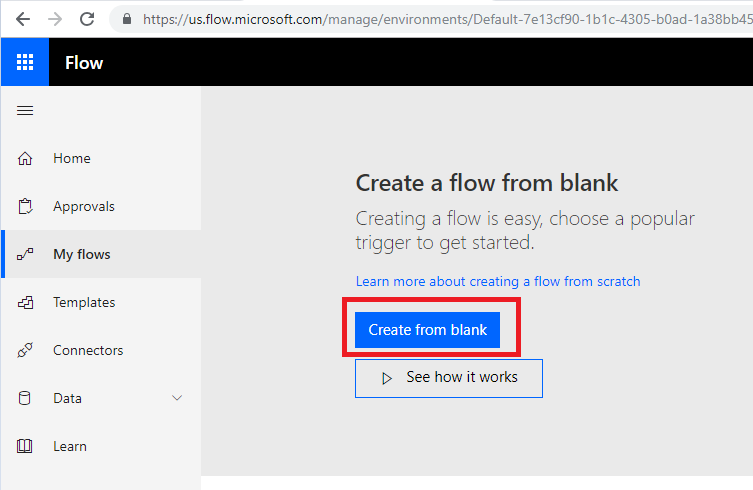 As we want to update the record using Flow button from mobile, we will choose ‘Flow button for mobile’ connector as shown in screenshot below:

After that Click on Add an input and create the fields of the required data type which we want to update in CDS for the account entity records. Here, we will take sample fields as shown in screenshot below: 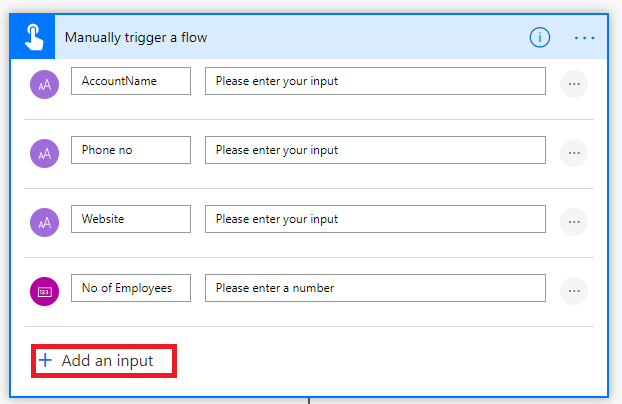 After that, first we need to retrieve the records to update the same. To get the records we need to select Common Data service connector and select List records as an action as below: 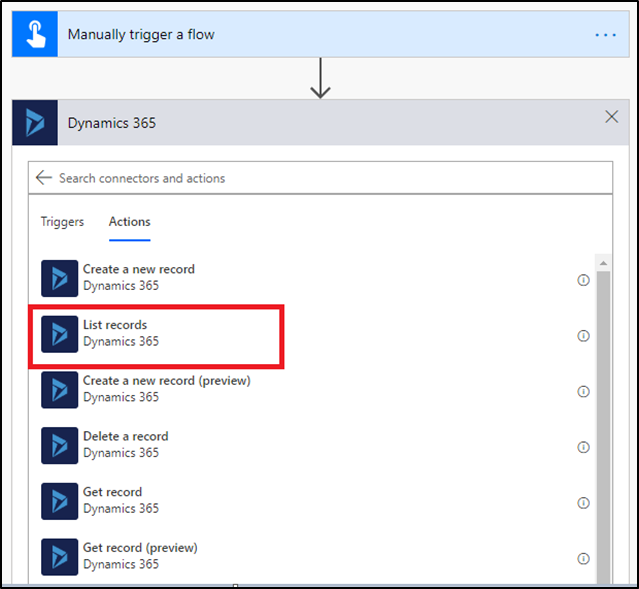 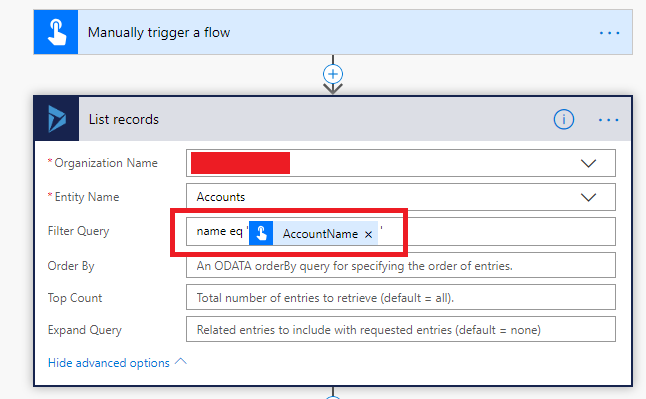 On this steps, it will return the account records on the base of filter query.
Next, select the Common Data service connector again and choose update a record action in that to update the records which we will get in the previous step. 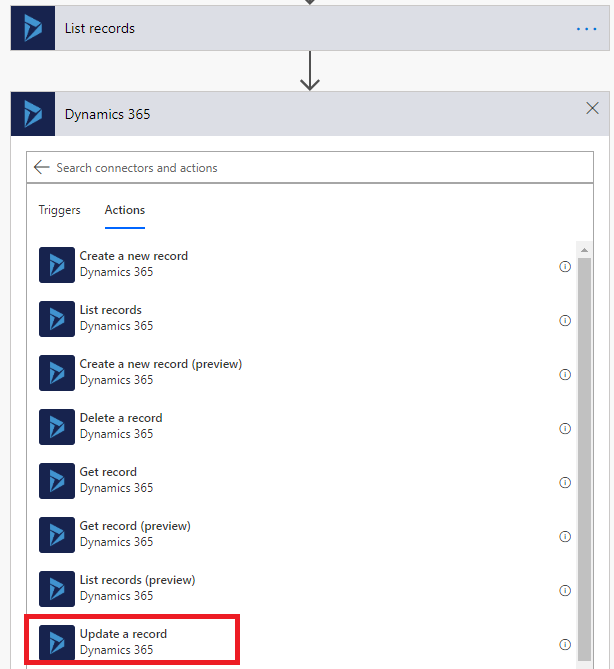 Once we add the connector as shown above we need to select the organization name and entity for which we want to perform these steps.

Then, set the record identifier of the account to update that particular record in CDS as shown in the screenshot below: 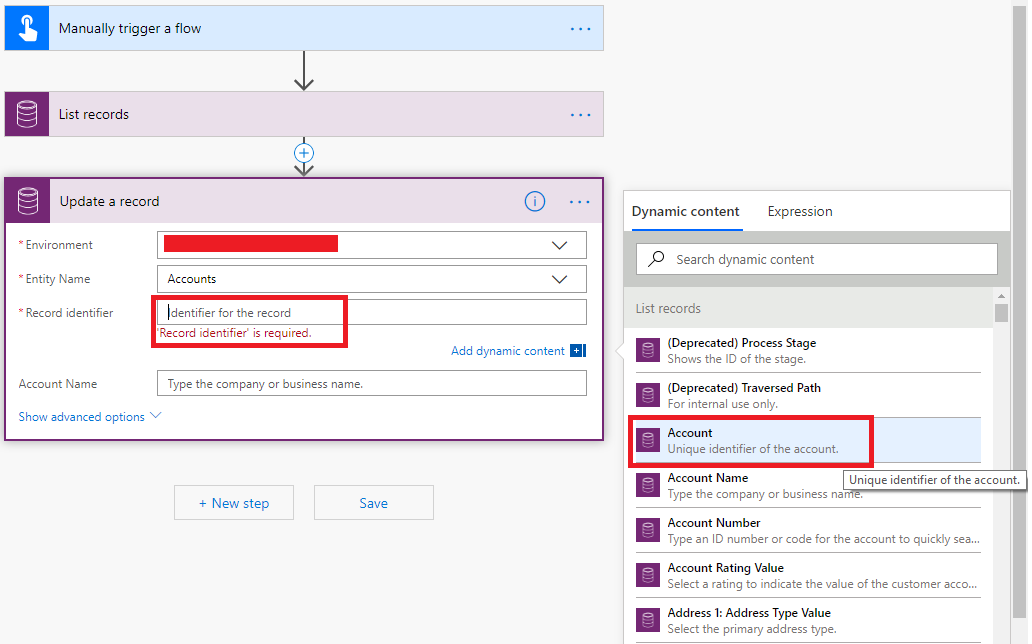 After the same, this step will be shown as below and we need to map the field which we want to update. 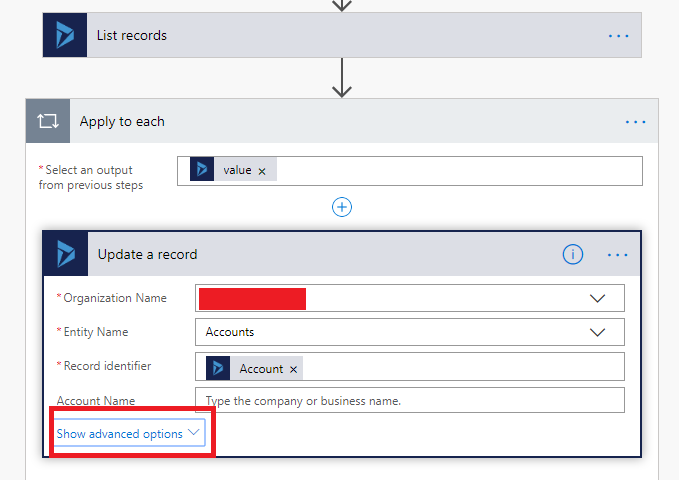 So, as we are updating the records through the Microsoft flow mobile app, if we want notification once the record get successfully updated in CDS, we will add more step to get the mobile notification.

To get the same add “Notification” as a connector and you can write text to get as a notification on mobile and save the flow as shown below: 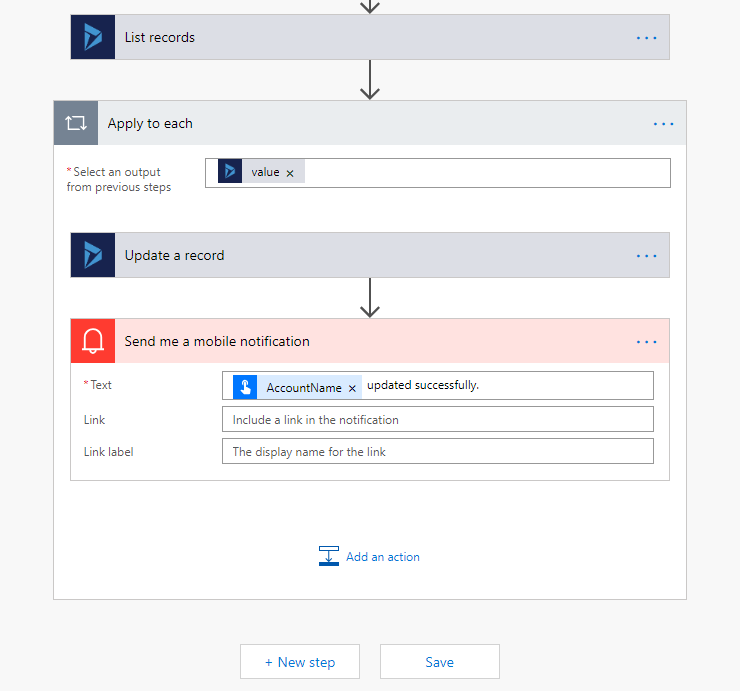 So, now users can easily run the flow from a mobile app by connecting to the CDS and update existing record same as shown in our previous blog while creating new record in D365.

By using Microsoft flow mobile app it is easy to update record without going into the CDS environment. 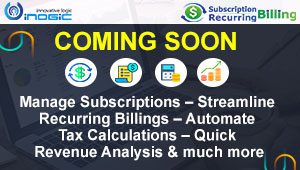