A few months back, we released a new version of Maplytics that supported the Dynamics 365 v9 and along with it came the ability to access Maplytics on Dynamics 365 App for Phones. After the release, the product team immediately started working on the next version and the core focus of this release was to… Read More » 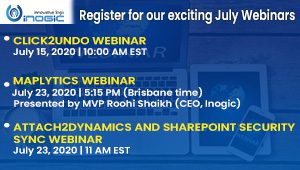