Voice of the Customer introduced in Dynamics CRM 2016 has enabled organizations to get feedback from their customers across devices. To know how to create VOC Survey and survey activity, refer this article.

In this blog, we will discuss about how to prevent VOC from failing to create feedback entity record while chaining survey.

To resolve this issue, we need to set “Close Invitation” field to “No” in survey. This will not close Survey Activity as Completed on receiving first Survey response and will allow second survey response to set as “Closing response” resulting in successfully creating feedback entity records. 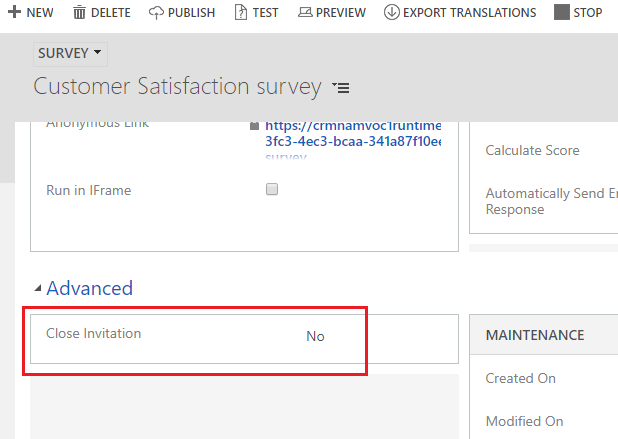 We can Prevent VOC from failing to create Survey feedback while chaining survey by setting “Close Invitation” field of Survey as “No”.