Recently, we came across a situation where we were only assigned System Customizer Role in a client environment to give dev access to the organization customizations.

It was our understanding all along that System Customizer role is provided to developers for customizing the system and System Administrator being the other role that provided complete access to everything in CRM. But in Dynamics CRM 2013, we realized that simply having these roles was not sufficient.

We logged in to CRM using the System Customizer Role and though we were able to open and read the script in the web resources, we were not allowed to edit and save the changes. Our first thought was to check if we were assigned Administrative License but that was not the case and the next thought was that probably the customer modified this role before assigning it to us but that was not the case either.

Here is how the role looks in an OOB CRM org. As you can see from the screen shot, the system customizer has no permissions to create, update and delete Web Resource and Plug-ins. With no permission to Create/Write web resource we could not modify the system.

Modify the security role by logging in as a System Administrator and allow Create/Write Permissions to the Web Resources and Plugins.

For Plugins, we also need to be the Deployment Manager in order to be able to register plugin assemblies. 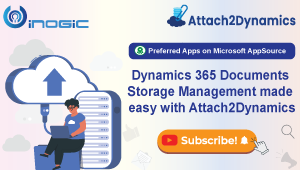